We are suffering under misinformation about traditional entheogenic plants. These are traditional healing plants, respectfully used for religious and healing purposes for millennia, around the world. Although currently illegal outside of limited clinical and religious contexts, these plants aren’t addicting, socially destabilizing drugs.

“Entheogenic plants” are different from, for example, amphetamine, cocaine, heroin, alcohol, tobacco. Contrary to political messaging, the science shows that these plants are not addictive – if fact, they help alleviate addiction, depression, and, when used with respect and care, can be deeply healing to individuals and communities. Here are a few facts about these plants, with their scientific references listed at the bottom of the page.

Entheogenic plants and fungi have co-evolved with humans for millennia, first used, possibly, to enhance hunting ability through heightened sensory awareness allowing greater success during hunting and gathering. From there, the plants and fungi began their co-evolution with humans, creating a unique synergistic relationship between these entheogens and human communities via shamanic integration.

Eventually, the sensory and consciousness benefits, including the social cohesion and expansion of consciousness, were brought into the villages and communities. From there, the relationship between the entheogens and humans grew and are thought to be the genesis of the mystical experiences that led to growth of religion, and to expanded capacity of humans to contextualize themselves within the greater cosmos and understand their surroundings as a fully integrated ecosystem and to create a workable narrative of their own existence within this ecosystem.

These plants and fungi have been revered throughout the world, but have become limited to humanity by millennia of colonization, authoritarianism, industrialization, and the disenfranchisement of humans from their ecological roots.

In addition, countless indigenous groups throughout the world, including Native Americans, the Olmec, Zapotec, Maya, and Aztec used peyote and psilocybe mushrooms. Mushrooms stones and art date back to 3000 BC in the Americas and as far back as 11,000 BC in northern Africa. The Aztecs would drink chocolate and eat mushrooms called “Teonanácatl” in Nahuatl (literally “god mushroom”—compound of the words teo(tl) (god) and nanácatl (mushroom)) with honey. The act of ingesting the mushroom sacrament is known as monanacahuia (to mushroom oneself).

Entheogenic plants and fungi are known to increase an individual’s respect for the earth and the ecosystem and to heighten human awareness of their own condition within society, a fact that may have led to these plants and fungi being place on the Federal Schedule 1 list of banned substances.
A top Nixon aide, John Ehrlichman, admitted: “You want to know what this was really all about. The Nixon campaign in 1968, and the Nixon White House after that, had two enemies: the antiwar left and black people. You understand what I’m saying. We knew we couldn’t make it illegal to be either against the war or black, but by getting the public to associate the hippies with marijuana and blacks with heroin, and then criminalizing both heavily, we could disrupt those communities. We could arrest their leaders, raid their homes, break up their meetings, and vilify them night after night on the evening news. Did we know we were lying about the drugs? Of course we did.”

Wall Street investors are already investing in psilocybin companies which are developing synthetic versions of nature that will cost $7,000- $10,000 a gram and potentially reduce access for our community, rather than increase access.

Individual and community empowerment comes from being able to know where our entheogens come from, from our garden, or from our community. We should not have to rely upon synthetically made substances from the pharmaceutical industry that distances us from our relationship to Earth.

Winkelman (2014) describes a successful addiction treatment center called Takiwasi. “For more than 20 years, Jacques Mabit and the Takiwasi center in Peru has been a pioneer in the use of ayahuasca treatments for addiction. The Takiwasi program incorporates ayahuasca in ritual treatments for addicts in remote settings in the Peruvian Amazon. The Takiwasi program is known for its work with cocaine and cocaine paste addicts, as well as a variety of polysubstance users.

Loizaga-Velder, A. and R. Verres (2014). Therapeutic effects of ritual ayahuasca use in the treatment of substance dependence–qualitative results. Journal of Psychoactive Drugs 46(1), pp. 63-72.

Loizaga-Velder and Verres (2014) qualitative research findings indicate that ayahuasca can serve as a valuable therapeutic tool that, in carefully structured settings, can catalyze neurobiological and psychological processes that support recovery from substance dependencies and the prevention of relapse.

Gonzalez et al. (2017) comparison between 6 (avg.) ayahuasca experiences compared to 12 months of peer support found 83.3% (25/30) believed their ayahuasca-drinking experience had a very positive influence on their grieving process 16.7% (5/30) felt it had a positive influence.

University of Mississippi: Samoylenko et al. (2010) study shows inhibition of MAO-B activity by β-carbolines harmine (7) and harmaline (6), in addition to potent MAO-A inhibition responsible for antidepressant activity, provide protection against neurodegeneration, and has a potential therapeutic value for the treatment of Parkinson’s diseases.

Djamshidian’s (2015) research proposes that harmine should be reconsidered as a potential rapidly acting anti-Parkinsonian agent.

● Evidence of health and safety

Halpern et al. (2008) study shows physical exam and test scores revealed healthy subjects. Members claimed psychological and physical benefits from ayahuasca. 19 subjects met lifetime criteria for a psychiatric disorder, with 6 in partial remission, 13 in full remission, and 8 reporting induction of remission through Church participation. 24 subjects had drug or alcohol abuse or dependence histories with 22 in full remission, and all 5 with prior alcohol dependence describing ayahuasca-based church participation as the turning point in their recovery.

In 2013, volunteer therapists working with Acuda, a prisoner’s rights group based in Port Velho, Brazil, began integrating yoga, reiki, and ayahuasca ceremonies as part of a wide- scale rehabilitation effort to help the half-million-plus inmates scattered across the nation. 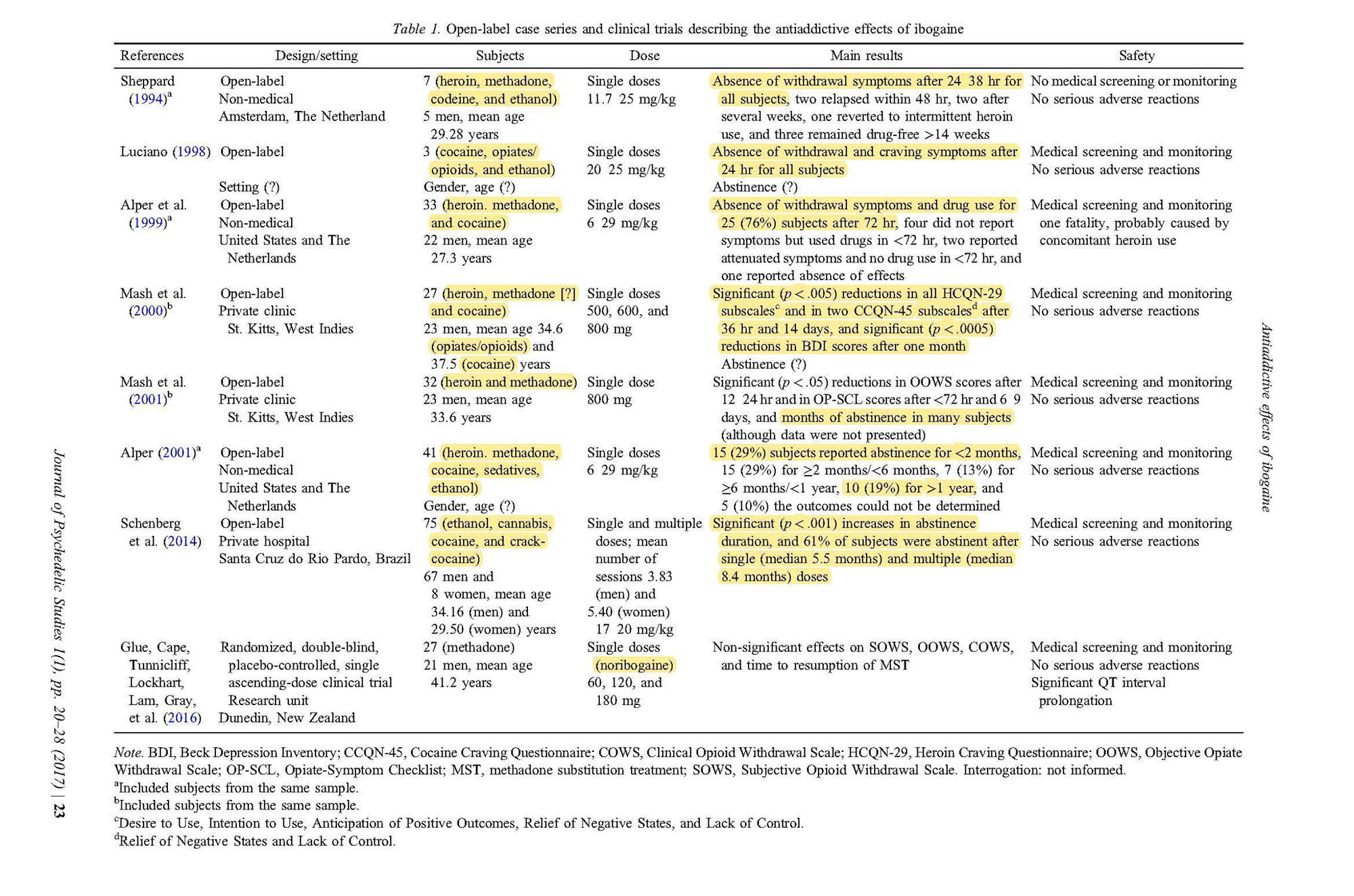 Johnson et al. (2014) open-label, proof of concept study found the clinical outcome of successful smoking cessation in 80% of the sample (12/15 participants), with biologically verified abstinence 6 months after each participant’s planned quit date. 73% of participants rated at least one of their sessions as among the top five most spiritually significant experiences of their lives.

Bogenschutz et al. (2015) proof of concept study found patients in the study exhibited a significant improvement in drinking after their first psilocybin session and scores on ratings of psilocybin-occasioned mystical experience correlated strongly with change in drinking behavior.

New York University: Ross et al. (2016) double-blind, placebo-controlled, crossover trial, on 29 patients with cancer-related anxiety and depression found “immediate, substantial, and sustained improvements in anxiety and depression and led to decreases in cancer-related demoralization and hopelessness, improved spiritual well being, and increased quality of life.” At the 6.5-month follow-up “approximately 60–80% of participants continued with clinically significant reductions in depression or anxiety.”

Johns Hopkins Medical School: MacLean et al. (2011) combined two double blind studies with 52 participants to show significant increases in Openness after a high dose psilocybin session with mystical experiences that were larger in magnitude than changes in personality typically observed in healthy adults over decades of life experience. Openness remained significantly higher than baseline more than 1 year after the session.

Johns Hopkins Medical School: Griffiths et al. (2006, 2008) 67% of the volunteers rated the experience with psilocybin to be either the single most meaningful experience of his or her life or among the top five most meaningful experiences of his or her life, which continued at the 14-month follow-up. 79% of the volunteers rated that the psilocybin experience increased their current sense of personal well-being or life satisfaction “moderately” (50%) or “very much” (29%) Lifetime mystical experience and spiritual transcendence scores were significantly higher in the group that received psilocybin. These results were relatively the same after a 14-month follow-up.

Johns Hopkins Medical School: Griffiths et al. (2006, 2008) 22 of the total group of 36 volunteers had a “complete” mystical experience after psilocybin, staying relatively the same after a 14-month follow-up.

Hendricks et al. (2015) found that having ever used any classic psychedelic substance— namely, dimethyltryptamine (DMT), ayahuasca… mescaline, peyote or San Pedro, or psilocybin—was associated with a significantly reduced likelihood of past month psychological distress, past year suicidal thinking, past year suicidal planning, and past year suicide attempt in the United States adult population.

Schindler et al. (2015) survey from Cluster Buster Headaches 496 respondents with diagnosis of cluster headache verified by a neurologist or headache specialist. “Psilocybin… along with another hallucinogen, DMT, were used daily to weekly for abortive purposes (n = 23). For prevention, they were used every few weeks to twice yearly (n = 80). The word “single” or “once” to indicate one dose of psilocybin or LSD was clearly written by eight responders. In contrast to these conventional medications, the current study shows that psilocybin and LSD provided over 70% of those who tried them with at least moderate protection from attacks. Complete preventive efficacy was about 40% for each drug, which is greater than that reported for any other conventional medication.” 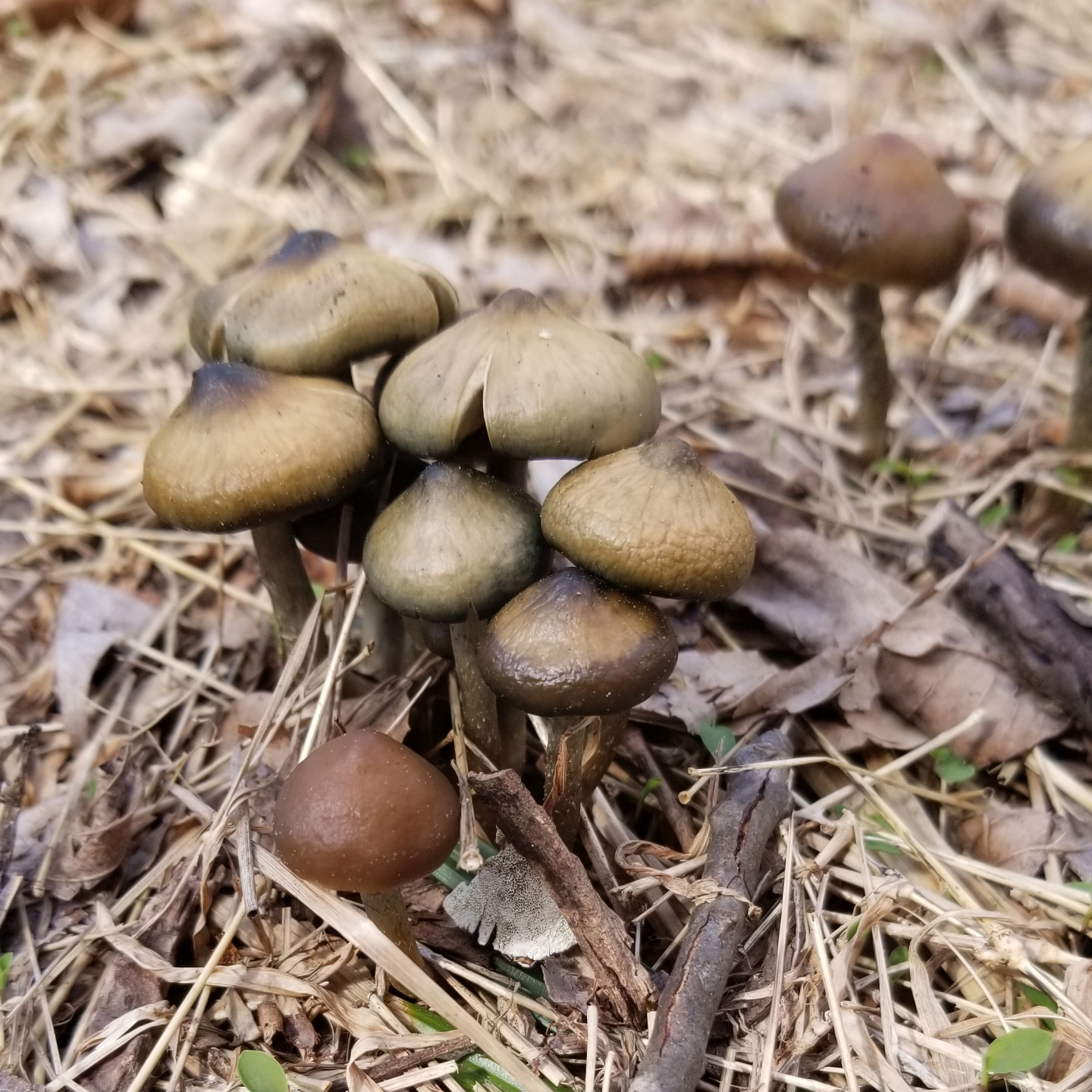 This week across the District of Columbia Mother Nature is breaking the law. Through no fault of her own, an… 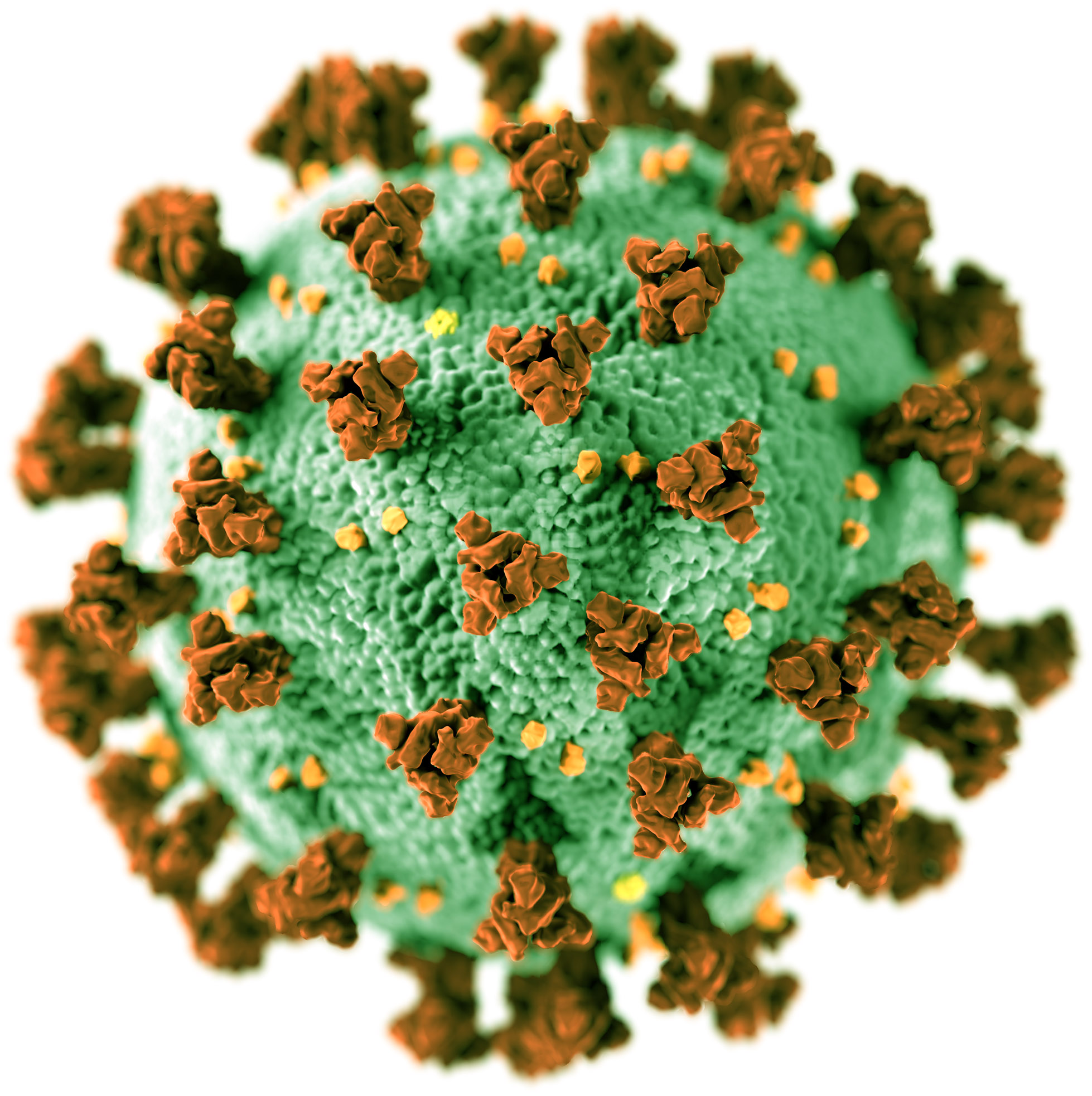 Our Primary Principles The wave of psychedelic legalization is inevitable in the US, driven by an overwhelming number of scientific…

Continue Reading
On Thursday, April 16th, from 7:00pm to 8:00pm ET, we will gather on ZOOM for our campaign’s first digital meetup. You are invited!

Members of the Media who are working on a story about the campaign, please email Press@DecrimNatureDC.org